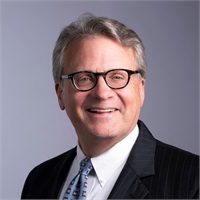 A graduate of Culver Military Academy and Purdue University, “Chap” serves as Co-Founder and Managing Principal of Windsor Wealth Management. He originated the idea for the firm, co-founded it in 1986, and initially created its (individual client) business development, marketing and operational processes.

Since Chap’s start in the profession, he has advised hundreds of individuals with their individual needs, wants and wishes. Showing clients the appropriate path to their goals while monitoring their path over time is a very rewarding process. Chap enjoys making a difference in his client’s situations.

Chap has been continuously engaged in the financial management/personal finance industry since 1983 when he began his career as a participant at one of CIGNA Corporation’s six fee-based “test markets” in Houston, Texas. In September 1985, he was nationally recognized as one of the top five financial counselors among his CIGNA peers. More recently, Chap was invited to the 2015, 2016 and 2017 Barron's Top 500 Advisors Forum. This is an invitation-only event from Barron's, where the nation's top independent financial advisors gather for an exclusive chance to share ideas, grow professionally, and network amongst their peers.

A previous author of periodic columns in the special financial planning section of the Indianapolis Business Journal, Chap also has acted as a resource of financial services industry information for the Indianapolis Star. He participated and served as a panel speaker at the J.P. Morgan 1st and 2nd Annual Wealth Symposiums at West Palm Beach, FL and at New York City respectively. From 2009 through 2016, Chap was named to the Indianapolis Monthly list of Five Star Wealth Managers. Chap has served on the Board of Trustees of Indianapolis’ Orchard School, Jameson Camp, and the Culver Education Foundation. He is a Past-President of the Culver Summer School Alumni Association (CSSAA). In addition, he has also served on the Planned Giving Committees of the Indianapolis Children’s Museum, Park Tudor School and the IU Medical School Foundation.

Chap lives in Westfield with his wife, Sallie Jo. Together, Chap and Sallie Jo have three adult children: Karen, Katherine and Channing.